Last week Microsoft announced their advertising platform, Bing Ads, would be changing its name to Microsoft Advertising. In the blog post by Microsoft Advertising’s Corporate Vice President Rik van der Kooi that broke the news late April, van der Kooi outlined the name change as “ a simple shift”, making note of the fact that Microsoft is a well known brand and many other products budding marketers are already using have adopted the Microsoft name too.

What Exactly Does This Mean?

This change reflects the growth of the platform beyond simply producing text ads. Microsoft has acknowledged the Pay-Per-Click (PPC) world of advertising has changed drastically and instead of trying to mimic the Google Ads platform as they have previously, they’re looking to innovate; for example, looking to AI-driven advertising systems to enhance user experience.

Going forth, Microsoft Advertising will also be looking to connect with existing platforms such as the Microsoft Audience Network (MSAN) which launched almost exactly one year ago. There will also be a focus on the LinkedIn social media platform as Microsoft began integrating audiences from it within MSAN during 2017.

We may also expect the launch of the Sponsored Products platform globally. Currently only available in the United States, Sponsored Products helps brands boost visibility and drive more traffic to their top products in shopping campaigns. Users are also given access to new methods of reporting and additional product marketing support.

Whilst Microsoft still has a much smaller portion of the market share in comparison to Google, it’s clear the gap is closing. With the extent of changes both to date and planned, users across the platform should expect better results and more opportunities to connect with potential customers. 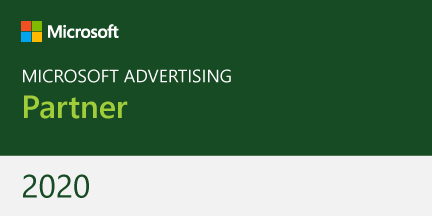 How to create a lead magnet that helps you make sales